← more from
DELICATE/AUTOMATIC Records
Get fresh music recommendations delivered to your inbox every Friday.
We've updated our Terms of Use. You can review the changes here.

Ghost On A Throne 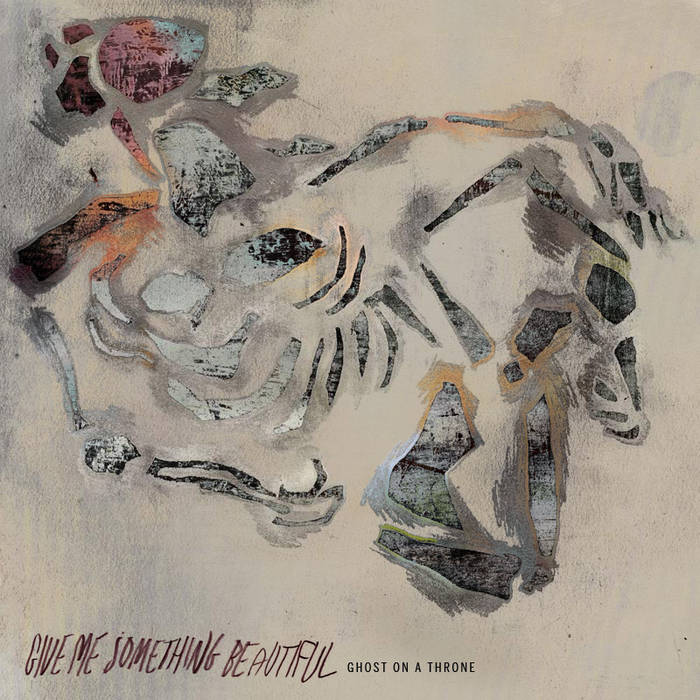 This album is the debut full-length of Give Me Something Beautiful; entirely self-produced, self-recorded and self-doubted at Breakglass Studios Montreal, QC.

Give Me Something Beautiful is Matthew Hills, Etienne Dextraze-Monast, and Raphaël Pellerin.

Ghost On a Throne was written, performed, arranged, and produced by Give Me Something Beautiful, along with major contributions from the following musicians:

Mariane Bertrand – Cello on 2
Rob Helsten – Synthesizer on 4, 7, and 9
François Contin – Organ on 5
Francis Leduc-Belanger – Trumpet on 6
Chris Paul – Trombone on 6
Danielle Savage – Piano on 8
Lianne Seykora – Piano and vocals on 12, additional piano on 8
Thank you, so much, to all of you.

Engineered, Recorded, and Mixed by Matthew Hills at Breakglass Studios in Montreal, Quebec.
Mastered by Harris Newman at Greymarket Mastering.

Special thanks to: Our bikes, our friends, our families, and Jaime Garcia.